The Mysteries of Corsica (#Winophiles) 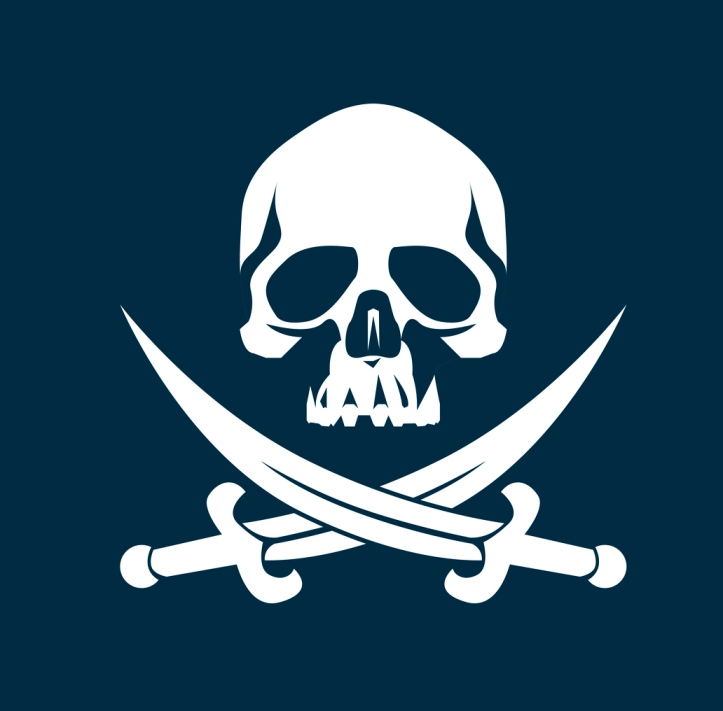 It’s Saturday and I’m taking off for the island of Corsica, or Corse, as it’s known in French.  Where better to chase away winter’s chill than this ruggedly beautiful chunk of land basking in the Mediterranean between Italy and France?  If you’re dreaming of warmer weather while the snow piles up outside, please join me and the other French Winophiles at 11 am eastern time, for a live discussion of Corsican food, wine, and culture.  You can follow the chat on Twitter, using #Winophiles.

Our group meets the third Saturday of each month to compare notes on a particular French wine region.  We share our discoveries, from special bottles to local recipes, via our blog posts and social media.  It’s an entertaining way to learn about France and her history, not to mention her wine and culinary traditions.  Here’s a sampling of what’s on our agenda this week:

When I set out to research this article, I realized immediately that there was so much more to talk about than wine.  For instance, why, if Corsica is part of France, do so many towns and grapes have Italian names?  And why, since Corsica lies in the Mediterranean Sea, is traditional cuisine based more on meat and game than on seafood?  Well, over the years, this little island has been through a lot!

Corsica has a fascinating history, one that dates back to the seafaring traders of Phocaea, the northernmost Ionian outpost located in what is now Turkey.  Their influence spread throughout the lands of the Mediterranean, but was most profound in the coastal areas of the west, where they have been credited with founding cities we’d recognize by their modern names such as Marseille (France), Empúries (near Barcelona, Spain), and Velia (Campania, Italy.)  One of the largest Phocaean settlements was Aléria, on the eastern shore of Corsica.  Upon its founding in 570 BC, Aléria was where formal viticulture was first practiced on the island.

As with most places in Europe, the Romans made their way to Corsica too, taking charge of the island during the First Punic War in 259 BC.  They furthered existing grape-growing efforts, bringing with them native Italian vines, which took better to some soils than others.  (Soil types on the island differ greatly from one area to another.)  Later in their reign, the Romans would go on to build a large naval base in Aléria, using it as a beach  head for their exploits to the west.  After the fall of Rome, there was nothing to prevent outsiders from attacking Corsican settlements along the coast, and Saracen and Moorish pirates took turns invading the island.  In fact, pirate raids became such a common occurrence that most of the Corsican population pulled up stakes and moved inland, to the less accessible mountain villages.  A subsequent outbreak of malaria in the coastal towns wiped out the few residents who remained, and most agricultural ventures – including vineyards – were abandoned.

Daily life on the island remained unpredictable and hard-scrabble for centuries.  It was only later (the year 1092) after Pope Urban II granted the city-state of Pisa authority over Corsica, that fortunes began to improve for the residents: the island was a valuable source of timber for the Pisan naval fleet, and became a major transit point for the slave trade.  Pisan rule also revived interest in grape growing and wine production, especially using Nielluccio which is a clone of the better-known Sangiovese.  Things were actually pretty good for a while!

But then the Genoese officially challenged the Pisans’ authority over the island and, in 1195, attacked and captured the southern city of Bonifacio.  Despite multiple attempts by Pisa to take back the city, Genoa prevailed and ultimately ruled all of Corsica.  With Genoese oversight, Corsican citizens were afforded a basic code of civil rights and limited self-government.  And the Genoese also implemented strict guidelines for grape growing and winemaking.  Subsequent battles left Corsica in the hands of:  a French-controlled Genoa; Aragon; a newly-independent Genoa; then again to Aragon; and finally to a hostile sharing of the island by Pisa and Genoa.  At one point the island was actually ruled by a Genoese bank, the Company of San Giorgio.

Corsica became French under the first Treaty of Versailles in 1768, when Genoa agreed to relinquish the island to King Louis XV.  While this decision suited the needs of an impoverished Genoese authority, it riled up the locals who had been governing themselves for nearly 20 years.  Unsurprisingly, the French army swooped in and took the island by force in 1769, and Corsica was once again subject to rule by a harsh, colonial regime.  The island’s fortunes took a turn for the better under Napoleon, a Corsican native and son of wealthy vineyard owners in the western town of Ajaccio.  He championed free trade between Corsica and France, waiving the onerous duties and taxes that had weighed heavily on local merchants.

And so it continues today.  Corsica is officially French but, throughout her history, she has been seasoned liberally with Italian and Spanish influences.  And don’t forget about the pirates!  It’s always more fun if you’ve got pirates in the mix.

World War II and then a phylloxera epidemic decimated 19th century efforts to resuscitate viticulture on the island.  It wasn’t until the 1960s, when French colonists expelled from Algeria relocated to Corsica’s east coast, that grape-growing became a real agricultural concern once again.  Unfortunately, these early projects promoted high-yielding varieties and mass-production rather than high quality output.  But during the 1980s, the French government turned its attention to improving viticulture nationwide, offering subsidies for investment in new, more efficient winemaking equipment and technology.  It also implemented quality standards such as maximum yields, and limited total acreage under vine.  Not long afterward, individual winemakers renewed their interest in farming indigenous Corsican varieties, a trend that continues today.

If you look at a map of Corsica’s wine appellations, you’ll notice that they lie in the coastal areas, encircling the island.  That’s because the interior portion is extremely mountainous; Monte Cinto, the highest point on the island reaches 9,000 feet.  Even the vineyard areas, considerably flatter than the interior, clock in at an average of 1,000 feet above sea level.

Corsica has nine AOCs and two IGPs.  About one-third of production is dedicated to white wines which, in the AOC areas, are usually made from Vermentino.  Other AOC-approved white grapes are Ugni Blanc, Codivarta, and Muscat à Petits Grains Blanc.  For red wines, Nielluccio (a Sangiovese clone) and Sciaccarello (aka Mammolo) are the dominant varieties, with Grenache, Syrah, Cinsault, Carignan, Mourvèdre, and Barbarossa showing up now and again.  It’s quite a different story in the two IGPs, where international grapes lead the charge:  Chardonnay is the leading white grape, and Merlot is the most-planted red.

Vin de Corse AOC:  Covering the entire island, this is the largest appellation, responsible for 45% of all AOC production.  White wines must be at least 70% Vermentino, with no more than 25% Ugni Blanc.  Blended reds and rosés must be at least 50% Nielluccio, Sciaccarello, and Grenache.    This appellation includes five sub-regions that are labeled as “Vin de Corse” with the village name appended.  Production standards are somewhat stricter in these sub-regions, especially when it comes to yields.  Red blends are subject to the same requirements as the larger appellation; white wines, however, must be at least 75% Vermentino, with the balance a blend of Ugni Blanc and Codivarta.

The sub-regions of Vin de Corse AOC are as follows:

Ajaccio AOC:  In the homeland of Napoleon, red, white, and rosé wines are made.  Reds and pinks require a minimum of 60% Sciaccarello, with Nielluccio, Barbarosa, and Vermentino permitted in the blend.  White wines must be at least 80% Vermentino.

Patrimonio AOC:  Corsica’s first AOC was awarded to Patrimonio in 1968.  Blending rules are more stringent here, especially for white wines, which must be 100% Vermentino.  Reds must be 90% Nielluccio, rounded out by any mix of Sciaccarello, Grenache, or Vermentino.  Rosé must draw upon 75% Nielluccio, with the balance coming from the same three grapes.

Muscat du Cap Corse AOC:  This is an appellation dedicated to sweet wine made from 100% Muscat à Petits Grains Blanc.  It is made as a Vin Doux Naturel, meaning that fermentation has been interrupted by the addition of grape spirits, which kills the yeasts, leaving a sweet wine of high alcohol.

Both of Corsica’s IGPs, Île de Beauté and Méditerranée, extend to the entire island.  However, the IGP Méditerranée may include not just grapes from Corsica, but also those from the Rhône and Provence as well.

As counter-intuitive as it sounds, many traditional island dishes feature meat.  This dates back to the time when pirates regularly raided the coastal towns, eventually causing seaside inhabitants to flee inland, to the mountains.  Not surprising then that classic dishes such as Civet de Sanglier, based on wild boar, or savory starches made from chestnut flour, became staples of daily living.  Nowadays, seafood plays an important role at the table, with chefs and home cooks alike taking advantage of the abundance of local fish and oysters.

With approximately two-thirds of total production leaving the island, one would think it would be easy to source a bottle here in the U.S.  But most of the wine that is exported goes to mainland France, with just over 15% sent to external markets.  That might explain why I had absolutely no luck!  After researching and writing about these wines, I’m so looking forward to tasting them one day.  In the meantime, I’ll content myself with images of pirate incursions and city-states at war with one another, all to lay claim to a ruggedly beautiful island in the Mediterranean Sea.

For this article I consulted the following sources:

Join 7,567 other followers
Follow The Swirling Dervish on WordPress.com

Cab Franc lovers, this is our day! Thanks to Lori from @dracaenawines and @exploringthewineglass aficionados of this variety native to Bordeaux have a wine holiday all our own. To celebrate Gabe and I enjoyed the 2019 Dry Creek Valley Cab Franc from @meekerwine - perfect with poblano peppers stuffed with a mix of sweet potatoes, black beans, red onion, and ground turkey. Spiced with a little cumin, oregano, S/P they were delish! What’s your favorite Cab Franc-based wine? And tell me about the ideal pairing!
What a wine surprise! Today I received two bottles from @casaabrilselections @ladamasurena that I’m excited to try: an old vines Tempranillo from Ribera del Duero and a white blend from Ribeiro. Spain’s got a special place in my heart and so do her wines. Let the tasting fun begin!
I just heard it’s Tempranillo Day (check out the new post from @carloslsarmiento for an amazing pairing) and it looks like I was feeling the vibes!
The end of daylight saving time means the moon rises. At 5:15. I think the only one happy about this is Mademoiselle Moon, who is getting her party started early. At least she’s pretty!
Perfect weeknight dinner as I get ready to cheer for the Phillies in game 3 of the World Series. Pan-seared salmon with a brown sugar glaze accompanied by arugula salad with lemon and olive oil. The inaugural vintage of Grenache Gris from @twoshepherdswine and @sonomawilliam was just the right wine. Tart berry-cherry fruit, white tea, a hint of rose. It’s one of my favorites from the fall wine club shipment.