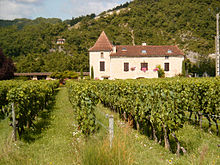 The Tour visits Muret for the first time this year.  Located outside the city limits of Toulouse, Muret, like its bigger cousin to the north, has ties to the birth of France’s aviation industry.  Native son Clément Ader reportedly created the first motorized flying machine in Muret, his prototype based on a velocipede model featured at the Paris Universal Exhibition in 1867.

Members of the peloton will wish they had access to such a machine to navigate today’s stage, which includes a sprint 92 meters in, then a Cat 3 climb, followed by two Cat 4 ascents.  Unlike in recent days, the race to the finish line is a descent into Rodez.  It will be interesting to see how the riders have fared throughout the Pyrénées, and how much energy it has taken out of them.  My pick to win the stage is Nairo Quintana.  I think his training in the mountains of Colombia will make all the difference as the GC contenders try to finish the Pyrénées without losing time to their opponents.  I also think he will be in the yellow jersey at the end of the day.

We’re ready for Thanksgiving! So grateful to sit down with loved ones, clink glasses, and share a meal together. I hope everyone soaks up the good vibes and leaves the table with a joyous heart. We’ve come a long way since last year, so let’s appreciate the day and be kind to one another. Cheers!
Recently got to visit IRL with a long-time friend. It’s been a while since we’ve clinked glasses together, but we talked on the phone every week during quarantine last year. Kept me afloat during a real rough patch.
Did you know that East 81st Street in NYC is decorated with brightly colored birdhouses? Each street-side tree boasts a different avian abode and they all look handmade. I’m not sure how our feathered friends feel about them, but they sure made my day!
Isn’t she lovely? On a quiet morning walk around the Central Park reservoir, I watched a male and female duck tussle in the water. He was pecking at her, pulling her underwater several times. Suddenly I heard squawking and flapping - and there she was. Rising majestically, as if to say, “I’ve had enough of you, buddy!” What a gift to capture her spirit. Nature is beautiful and amazing, each and every day.
Thanks for all the birthday wishes! Gabe and I dined at hone, enjoying some of the best late-summer produce: Jersey corn on the cob and fresh swordfish kabobs with peppers and mushrooms. To toast the day we poured this lovely sparkling Cab Franc rosé from Domaine Fabrice Gasnier. La Cravantine is one of my favorites - full of red fruit and so food-friendly. It’s also Made via biodynamic methods. My official bday dinner with friends in NYC has been pushed to later this week, as I had to quarantine doe 10 days after being exposed to COVID. Feeling super-grateful for the vaccine. Cheers to a better year ahead!
Feels so good to be back in the city!