The peloton has had a much-needed day off after two hellacious stages in the mountains. You might assume that they’d feel feisty and fresh, ready to mount their bicycles and attack the course. But that’s the funny thing about Grand Tour races: rest days don’t always have a positive effect on the riders. Some do, indeed, come back fully recovered and on their game. Others aren’t so lucky. It’s as if their bodies, pushed to the limit over two grueling weeks, engineer a complete biological and mental shut-down. All systems on lock. ¡No más!

So, while we have only five days until the finale in Madrid, overall outcomes are anything but assured. Tuesday’s race is an individual time trial, in which each rider races solo against the clock, with no teammates alongside to help. It’s a difficult discipline to master, and it tends to favor the bigger riders and sprinters. Chris Froome, currently in first place, is an excellent time trialist, and we’d expect him to put his rivals on the defensive today. But, like I’ve said many times, you never know. Anything can happen!

Our starting point today is the Circuito de Navarra, a professional race track that regularly hosts Formula 1 events as well as off-road scrambles, motorcycle rallies, and go-cart contests. This year it welcomes the Vuelta a España for the first time.

If I were attending an event at the Circuito, I’d be looking around for a glass of local wine to sip. Navarra, sandwiched between Rioja and the Pyrénées Mountains, offers some tremendous bargains on high-quality wine. Always lauded for its Rosado wines made from Garnacha (to me, these wines scream Spain) these days the region produces excellent wines from a wide array of grape varieties: native grapes like Tempranillo and Garnacha rub elbows with international stars like Chardonnay and Cabernet Sauvignon.

Navarra is also well-known for its breath-taking landscape, with several nature preserves to protect native birds, plants, and animals. Much of the farming is organic and/or biodynamic, and it shows in the region’s wines. Earlier this year I had the good fortune to participate in a month-long virtual trip to Navarra courtesy of #winestudio, an innovative wine education platform. This seminar featured the wines of Pago de Arínzano (pago is the highest-quality designation in Spanish wine) and I was blown away by their varietal character and sense of place. If you’re interested in learning more about the estate and its wines, click here.

Rioja, which borders Navarra to the south, has an ancient tradition of winemaking that goes back to the Iberian tribes who inhabited the land before the Romans arrived. Impressed with the methods practiced by the Celtiberi (their name for the Iberians) the Romans helped them improve their efficiency by introducing them to “modern” techniques and, more important, gave them a large and reliably thirsty customer base in the occupying troops.

By the time the Moors conquered the region, wine production was such a critical part of the economy that they were unable to eradicate it from their newly abstinent society. Unlike in other cities where the Moors left their imprint, the Rioja wine industry continued uninterrupted.

Later, after the Reconquista, demand for Rioja expanded, due in large part to the wealth generated by colonization in the New World. In fact, exports to the other side of the Atlantic began in the 16th century. And the local population had more disposable income now, and many chose to flaunt their means and influence by serving expensive wines at parties and weddings.

But Rioja’s good fortunes eventually came to an end. Phylloxera hit Spain a bit later than France and, by the time Rioja’s vineyards were collapsing, Bordeaux and other competitors on the world stage had recovered and re-entered the market. With the advent of World War I, the reliable European market had all but vanished. There was a brief respite in the 1920s, when vineyards began to recover, and the Consejo Regulador, Spain’s wine authority, was officially codified.

There were more difficult times ahead, though. Spain’s Civil War, which decimated the country, began in 1936, followed quickly by World War II. Recovery was slow, with bulk wine comprising the majority of production through the 1960s. Eventually, in the late 1970s, things started to improve. There was a new generation (on both sides of the Atlantic) that had a real interest in wine, particularly the “new” wines from Spain that were inexpensive, fruity and, above all, ready to drink upon release.

At the time, this was unusual. Traditional Rioja was released only after aging in the winery, unlike Bordeaux, which required further cellaring. Nowadays, however, you can find Rioja made in both styles, just as you can find Bordeaux that is more approachable in its youth.

The Sub-Regions of Rioja

There are three sub-regions that make up the larger Rioja designation:

Rioja Alavesa lies north of the Ebro River, in the northwest quadrant of the DO. Tempranillo grown here has a thinner skin, resulting in wines that are lighter in body, with bright red fruit aromas and flavors. These wines are intended for early drinking.

Rioja Alta, south of the Ebro, is much warmer than Alavesa, and the grapes here develop thicker skins lending a more powerful structure to the wines. Macabeo and Graciano are also grown here and play important roles in the blends. Macabeo contributes tannin and color, while Graciano adds freshness and aromatic compounds. It’s easy to see how a vintner has many options in creating the perfect wine.

Rioja Baja, in the southeast quadrant, has the hottest climate and makes a great home for Garnacha vines. They love the hot weather! Older vines give rise to wines of intense concentration and complexity, whether as varietal wines or part of a blend. Young vines are more productive, leading to easy-drinking wines dominated by primary fruit character. They are meant to be enjoyed early, while we wait for their siblings to mature.

Rioja wines are widely available, and come in a range of styles, as mentioned above. Your best bet is to ask at your local wine shop for a bottle that suits your taste: young and fruity, or more mature, with earthy, leathery notes? Both are lovely – try one of each and marvel at their differences while you contemplate their common DNA. Rioja is always a pleasure.

If you’re interested in the wines of Navarra, track down a bottle from Pago de Arínzano. I had the luck to sample quite a few, each one an elegant, honest wine that reflected its home. Their Chardonnay was a revelation! 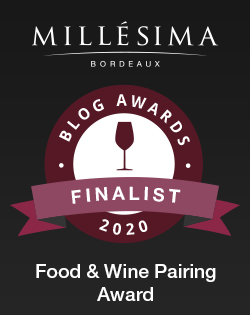 Happy Valentine’s Day! I hope your hearts are full of love, your tastebuds tickled by tempting treats, and your wine glasses full of a wine that makes your spirits soar. Appreciate whatever the day brings, and be an ambassador of goodwill to all you meet. Cheers! . . . #love #respect #goodwill #payitforward #selflove #fullheart #gratitude #sharethelove #wineblogger #wellness #positivity
Have you tried the wines from Tara Atacama in Chile? Grapes are grown in a seemingly inhospitable climate: < 20 mm of rain per year; the blazing heat of the equatorial latitude; and salty soils that threaten even the most tenacious vines. How does Tara Atacama make it work? Well, a combo of altitude, proximity to the Pacific Ocean (and the chilly Humboldt Current) and careful irrigation. The result is a selection of wines with high acidity, varietal typicity, and an intriguing mineral character. I tasted three wines - a Chardonnay, a Pinot Noir, and a Syrah. All were enjoyable but one of them really blew me away! Details are on the blog. . . . #WinesofChile #TaraAtacama #AtacamaDO #Chardonnay #PinotNoir #Syrah #winestagram #winelover #VinasVentisquero #southamericanwine #limarivalley #samples
It’s #TravelTuesday and I’m flashing back to my first trip to Spain. Nerja is a small town in Andalucia, on the Mediterranean Sea. And, as you can see, the views can’t be beat! It’s rainy and cold in NYC today, and that has me channeling a Spanish vibe: one that includes a few hours lounging on the beach, followed by a plate of grilled sardines and a glass of rosado at the surfside cafe. Wanna meet me there? Where are you headed - virtually or actually - today? . . . #spain #andalucia #nerja #mediterraneanvibes #travelfar #travelphoto #wanderlust #moonrise #beachview #lovespain🇪🇸
On this #traveltuesday I’m introducing you to one of downtown Miami’s locals: the Centinela Del Rio stands on Brickell Key, near the confluence of the Miami River and Biscayne Bay. He represents the native Tequesta people, who populated this area long before there were snowbirds! If you come to Miami, be sure to stroll by and say hi! . . . #miamilife #brickellliving #downtownmiami #tequesta #brickellkey #miamiriver #miamisights #floridalife #onthebay #biscaynebay #walkthecity #miami
Fresh Florida mahi-mahi topped with a quasi-puttanesca sauce - olives, tomatoes, garlic, and capers - served with farm-fresh arugula salad dressed with lemon juice, olive oil, and salt and pepper. Doesn’t get fresher than this! No wine pairing tonight, as I’m still off the sauce (doctor’s orders) but I’d love to hear what you’d pair with this dish. Lay it on me! . . . #floridafresh #grilledfish #eatingclean #homecooking #wineandfood #mahimahi #seafood #dreamingofwine #goodeats #eathealthy #dryjanuary #floridafoodie
I know it’s the end of January, but I’m dreaming of grilling season! Lucky I have a robust cast iron grill pan that can cook these fresh tuna kebabs to perfection. What are you putting on the table this winter night? . . . #wickedtuna #freshtuna #grillingandchilling #sizzle #winterbbq #foodporn #getgrilling #yummy #easymeals #healthycooking #leanandmean