Carmenère:  A Case of Mistaken Identity or “What’s Franc Got to Do with It?” 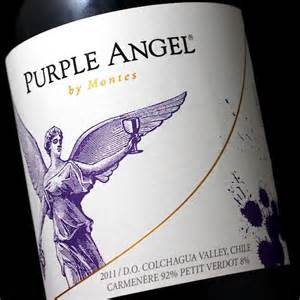 November 24th is International Carmenère Day!  Are you familiar with the history of this grape, most closely identified these days with Chile?  Well, it hails from the Médoc region of Bordeaux, for starters.  But back in the late 1800s, when the phylloxera louse laid waste to the vineyards of France, many winemakers set sail for South America in an effort to rebuild their dreams of making wine and supporting their families.  To give themselves a head start in the new world, the farmers tucked in their pockets original cuttings from their own healthy vines; a sort of talisman from the old world that would bring them luck in the new one.

As you probably know, Bordeaux is celebrated for its five major grape varieties: Cabernet Sauvignon, Merlot, Cabernet Franc, Petit Verdot, and Malbec.  But in the 18th century, Carmenère also played an important role in the blends of the Médoc, on the left bank.  In fact even today, Carmenère is still planted, albeit in much smaller quantities, in Pauillac (Château Clerc Milon); in Haut-Médoc (Château Belle-Vue); and in Côtes de Castillon (Clos Louie).  But in its adopted homeland of Chile, Carmenère has a significantly higher profile.

In the 1990s, researchers discovered that much of what had been previously identified as Merlot in Chilean vineyards was in fact Carmenère.  In some cases, its plantings were intermingled with Merlot vines in the same plot of land (what is called a field blend) meaning that the grapes were likely harvested at the same time and processed together.  Convenient for the pickers, perhaps, but not so advantageous for the quality of the resulting wine.  Merlot and Carmenère ripen at different paces, with Merlot achieving ideal phenolic maturity about three weeks earlier than Carmenère.  If the winemaker chooses a harvest date based on the readiness of the Merlot, the Carmenère may be green and vegetal, lending unpleasant notes of capsicum (bell pepper) to the final product.  On the other hand, if the harvest is delayed to accommodate the Carmenère, chances are that the Merlot will have edged into overripe jamminess, resulting in a wine that lacks acidity and complexity of flavor.  With proper identification of the vines comes the ability to vinify each of the grapes separately, to its highest potential.

So what’s the real story with Carmenère?  Ampelographers (those charged with identifying and officially categorizing grape vines) have determined that Carmenère is the result of a crossing between Cabernet Franc and Gros Cabernet.  The first one we’re familiar with, but that second one?  Even avid wine students would be hard pressed to tell you anything about it.  Gros Cabernet’s parents are thought to be two grapes indigenous to the Basque Country, a swath of land encompassing far southwestern France and the northeastern tip of Spain.  One of these grapes, Hondarribi Beltza, also goes by the slightly more familiar name of Txakoli and is the mainstay of Basque-produced reds and rosés.  But here is where it gets interesting:  Hondarribi Beltza is itself related to Cabernet Franc.  Thus in an interesting turn of events, it looks like Carmenère is both the child and the great-grandchild of Cabernet Franc!

So let’s go back to those farmers fleeing Bordeaux and phylloxera for a minute.  In their eagerness to embark on a new wine adventure did they inadvertently mistake some Carmenère vines for Merlot, or vice versa?  Were they the cause of Chilean Carmenère’s mistaken identity for more than 100 years?  Probably not, as these two grapes share a lot of common ground, not least of which is a complicated and intertwined family tree.  As we’ve just established, Cabernet Franc is both a parent to Carmenère, as well as a grandparent.  It just so happens that Cabernet Franc is also a parent to Cabernet Sauvignon and – you guessed it – Merlot!

And the French winemakers in Chile weren’t the only ones mistaking Carmenère for something else.  Recent DNA tests have revealed that significant plantings of Cabernet Franc in northeastern Italy are actually Carmenère.  Chinese winemakers have also realized that what they’ve been calling Cabernet Gernischt (perhaps a mispronunciation of Cabernet Gemischt, or “mixed Cabernet”) is in fact Carmenère.  Talk about a family resemblance!

Enough with the DNA history – let’s talk about the wines themselves.  While very little Carmenère comes out of Bordeaux these days, it is decidedly otherwise in Chile, particularly within the Rapel Valley areas of Cachapoal and Colchagua.  Carmenère is a frequent player in the Bordeaux-style blends that dominate red-wine production here.  But varietal wines with Carmenère as the marquis attraction are also common.  And they are widely available to wine lovers in the USA, with good examples on offer at all price points.

In terms of flavor profile, ripeness is the key.  Harvested at peak phenolic ripeness, Carmenère is capable of producing wines chock-full of red fruit, with warm notes of pepper.  Picked too early and the resulting wines can be harshly vegetal, with strident notes of green bell pepper.  At the other extreme, grapes left to linger on the vine may verge the wine’s character toward black fruit, with undertones of chocolate or coffee.  While that last bit might sound appealing (it does to me!), overly ripe grapes will also lack acidity, a necessary component in a wine’s overall structure and appeal.  Luckily for us wine lovers, Chilean winemakers are learning how to elicit all the charms of this grape and capture them in the bottle.

Two of today’s most well-known Carmenère producers are Lapostolle, a Chilean winery founded by French vignerons, and Montes.  Lapostolle’s Clos Apalta, named for the Apalta region of Colchagua deemed highly favorable for Carmenère is an exquisite blend of Carmenère, Merlot, and Cabernet Sauvignon whose exact percentages vary with each vintage.  Montes is famed for its Purple Angel which, in the 2013 vintage, comprises 92% Carmenère and 8% Petit Verdot.  Montes fondly calls Carmenère the “Jurassic Park Grape” because it was thought to be extinct in France before being “resurrected” in the hills of Chile.  Large-scale producers such as Concha y Toro and Santa Rita also produce affordable options.  If you’re not familiar with Carmenère, pick up a bottle as an experiment.  Try it with a classic Cabernet Franc from the Loire Valley for a real journey into the family tree.  On second thought, I think Carmenère might also make an interesting accompaniment to roast turkey with all the trimmings!  Happy Thanksgiving!

Adjusting to the winter weather requires an old-fashioned meal of grilled ham and cheese with cream of tomato soup. And a crisp white wine (100% Jacquère) from the Savoie region of France was the perfect partner. As we sipped, Gabe and I imagined ourselves slope-side, watching the skiers schuss by! What’s your favorite snow day pairing?
One of the most precious moments of the holidays: all of us siblings together with our Aunt Pat and Uncle George. I’m still coasting on the good vibes of the past two weeks, hoping that 2022 brings more of the same.
Our first dinner of 2022 is a wrap! We enjoyed the last drops of Taittinger as the maple-Dijon pork loin roasted; Gabe opened the lovely Bordeaux Blanc from Famille Hubert as I prepped the salad. Not bad for a rainy night in NYC!
What better way to start the new year (and give the old one a shove out the door) than with fresh grilled seafood and a bottle of Meursault-Charmes?
Snow flurries this morning! Perfect way to close out our holiday weekend. Been quite a while since I’ve seen snow, so it’s a joyful sight to me! Have a great week, everyone.
Christmas Eve began with a sisters’ Champagne toast followed by a dinner of slow-roasted pork shoulder and herbed potatoes. Add a bottle of Barbera d’Asti and it was all good! Happy holidays to all!