From Burgundy to the Jura: #TDF2017 Heads to the Mountains on Stage Eight

On Saturday we head east from the Côte d’Or, presenting an opportunity to visit some lesser-known wine regions and taste wines that are off the beaten path.  Today’s stage puts us squarely within the Vins du Bugey appellation, in the southern Jura Mountains, which received its AOC approval back in 2009.  While official status was conferred only seven years ago, this area has been making wine since medieval times, and was once classified as part of Burgundy.  It held a fairly important role in wine production at that time, especially impressive given its relatively small size (just over 1,200 acres.)  Still a small fish in the large pond of French wine-making, Bugey puts out only four million bottles per year, most of which is consumed locally.  But that is starting to change. 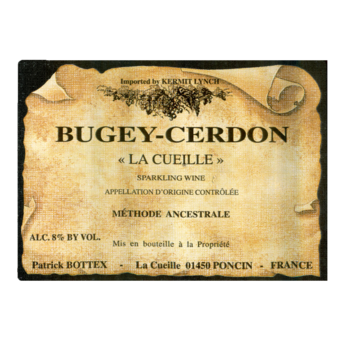 Half of total wine production in Bugey is devoted to a wine called Vin du Bugey Cerdon.  Made from a blend of Gamay (the grape of nearby Beaujolais) and Poulsard (from neighboring Savoie) it is a pale pink, slightly sweet sparkling wine made by the ancestral method, so called because it is believed to be the method by which bubbly wines were originally produced centuries ago.  Winemakers following the ancestral method would bottle the wine before all of the sugar had fermented into alcohol, leaving it with some residual sweetness.  Once bottled, the remaining sugar continues to ferment, creating carbon dioxide (i.e., bubbles).  Compared to sparklers made by other methods, these wines tend to be sweeter and less bubbly.  Vin du Bugey Cerdon and other ancestral method wines have found a growing fan base among modern sommeliers and wine critics who espouse the natural wine movement, which advocates for minimal intervention by winemakers in the production process.  The recent surge in popularity of Pétillant-Naturel wines, also made by the ancestral method, is an example.

Aside from the old-school sparklers, Bugey also makes bubbly that we’d consider more traditional in style.  Bugey Mousseux (French for sparkling) is made in both white and pink versions, and follows the traditional method of production.  If you’ve been around for a while, you might remember that it used to be called the méthode champenoise, after the famed houses of Champagne, who coined the style.  But EU regulations state that we may use the word “champenoise” to refer only to the wines produced in that region.  Thus, “méthode traditionelle.”

Lest you worry that Bugey is strictly for bubbles, fear not.  Still wines, usually varietals from the white grapes Chardonnay, Aligoté, Pinot Gris, or Altesse, comprise most of the other half of production.  Roussette de Bugey is particularly good.  Roussette is the local word for the Altesse grape which, in these parts, makes outstanding white wine that’s often aged in oak.  Four villages within Bugey have established themselves as leaders in Roussette production and, as a reward, are permitted to include their names on the wine labels:  Frangy, Monterminod, Monthoux, and Marestal.  Very little red wine is made, however some interesting examples of Gamay, Pinot Noir, and Mondeuse Noire can be found.

For Stage Fifteen, see if you can find a bottle from Bugey.  You’ll have best luck at a shop with a sharp French focus or, better yet, at a restaurant with a forward-thinking sommelier.  If these options don’t work, look for a white wine from the nearby Savoie or Jura regions.  How does your choice compare to the white wines you might drink more regularly?  Would it pair nicely with a favorite dish?

Perhaps the most famous local food is the Poulet de Bresse, the local chicken praised most famously by Brillat-Savarin as “the queen of poultry, the poultry of kings.”  As with all regional specialties close to French hearts, the Poulet de Bresse, with its distinctive blue feet, received AOC status way back in 1957, meaning that there are numerous standards to which the little chickies must adhere:

Approximately 1.2 million Poulet de Bresse birds are produced each year.  They command premium prices at market, with wholesale figures approximately €4.00 per kilo, as opposed to the lower prices for organic and standard chickens (€2.70 and €1.60 respectively.)

Did Someone Say Cheese?

The town of Arbois, on Friday’s race route, is not only the center of wine production in the Jura but also home to the famous Comté cheese. Made from unpasteurized cow’s milk, it has a strong yet slightly sweet taste and is made according to strict specifications.

The manufacture of Comté has been controlled by AOC regulations since 1958:

If you’re a lover of French cheese in general or Comte in particular, check out the official website, which offers history of the region as well as recipes highlighting Comte! And below I’ve included a video on how this Jura cheese is made.