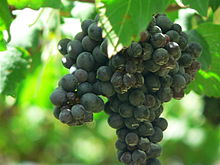 Thursday the peloton heads southwest toward the border of Spain and the Pyrénées.  But first they must traverse the roads of Fronton and Gaillac, two wine-producing areas included in the massive appellation of South West France.  Aptly named, this region lays claim to most every vineyard in the southwestern quadrant of the country, save for the acreage in Bordeaux and Cognac.  That’s a lot of territory!

The Wines of Gaillac and Fronton 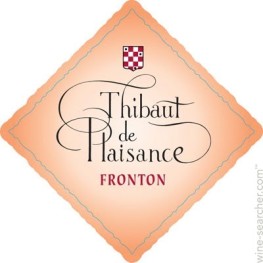 Within the Fronton region which is situated just north of Toulouse, red and rosé wines made from Negrette are popular.  Vinification of this grape appears to date back to the 12th century and Charlemagne, when it was called “negret.”  These days Negrette stars in the red wines of Fronton, where it comprises at least 50% of the blend.  What does it taste like?  I don’t know, as I’ve never sampled it.  However, reports indicate that it is quite charming and floral, often redolent of violets.  Sounds delightful, no?  (And perhaps a little bit like Cabernet Franc?) 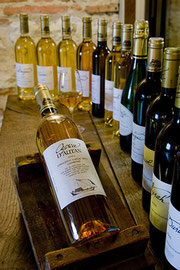 Gaillac, once home to a branch of the Cathars known as the Albigensians (more about them below) makes wine from some rather obscure, local grapes.  White wine production relies heavily on Mauzac, which produces highly aromatic wines redolent of apple skins.  Much of this wine forms the base of the slightly more well-known sparkling wines of nearby Limoux.  The rest of it is blended with other indigenous grapes like Len de l’El (meaning “far from view” in local dialect) or Muscadelle, often to make sweet wine.

As for the reds, Duras takes pride of place in Gaillac, the only place with any significant plantings of this grape.  It is highly pigmented and full-bodied, and is commonly blended with the more tannic Fer Servadou in the local red blends.  If you can find them, they are well worth seeking out.  They are true wines of “terroir,” representing a strong commitment in Gaillac to local varieties over more commercially expedient international grapes like Cabernet and Syrah.

Because it might be tough to ferret out a bottle of wine from either of these two regions for today’s stage sip-along, I’m going to discuss a third option – Cahors.  The original home of Malbec, now the star of Argentine winemaking, Cahors lies just to the northwest of our race route today.  And it’s a lot easier to find than Gaillac or Fronton!  But if you’re expecting Cahors to resemble your beloved Malbec from Mendoza, you’re in for a surprise.  Malbec from Cahors is dark, dark, dark!  They didn’t used to call them Black Wines for nothing.  But there is lovely fruit inside, plus a distinct earthy quality that I really like.  It’s worth making a comparative tasting of the two versions to see which one you prefer.

As I alluded to earlier in the post, the peloton finishes today in the region of Gaillac, inside of which lies the town of Albi.  By the 12th century, southwest France had become a hotbed of protest against the Catholic Church, mostly because of strong disagreement with church teachings but also because of local noblemen who refused to pledge allegiance to the King of France.  These dissidents collectively were known as Cathars.  The particular group residing in Albi became known as the Albigensians, and it is their name that we remember today when we talk about the Albigensian Crusade.

In 1198, Pope Innocent III sent a delegation to Albi to rein in the dissidents, resulting in the ex-communication, prosecution, and execution of several local leaders.  Shortly thereafter, King Phillip II of France went one better and initiated war against the Cathars and the local statesmen who had tacitly (or perhaps actively) supported them.  While the crusade lasted only about two months, the schism between the southwest of France and the rest of the country lasted more than 20 years longer.

Thursday is a last-chance day for the sprinters, who will take a back seat to the climbers and GC contenders over the next few days in the Pyrénées.  But it won’t be an easy, flat course for them.  In fact, I think we might see another surprise at the finish, like we did on Wednesday.  No doubt the GC guys will try to stay at the front, and the sprinters will try to calculate their last few kilometers just right, so that they hit the finish at full speed.  But with a few climbs thrown into the mix, and an overall rolling terrain in between, it’s going to be tough.  Maybe it’s Chris Froome’s chance to put his foot down, making his first imprint on the 2016 Tour.