Our start and end points today lie within the département of Manche, in the western reaches of Normandy.  Its rugged and sparsely beautiful coastline supports a host of family fishing businesses, many of which have thrived for generations.  The bounty of the sea is at the heart of a proudly maritime culture in this section of northern France.  While this kinship with the sea is most obvious in the local cuisine, it is also on display during the annual Tour des Ports de La Manche a regatta that visits all the major ports and invites more than 700 sailors to compete. 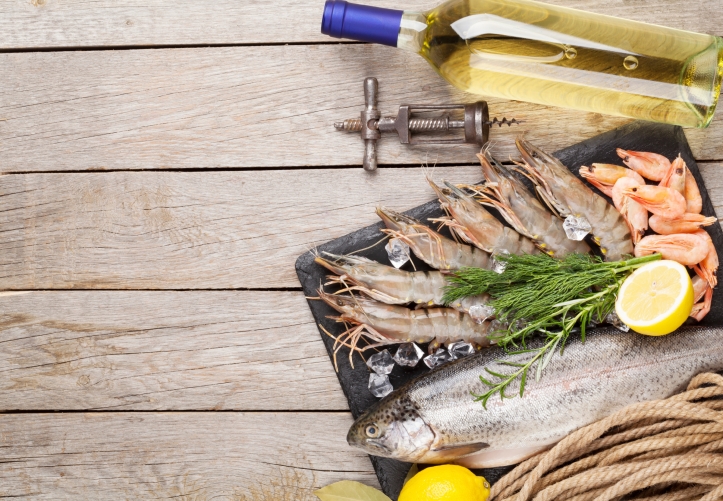 This part of France is rightly most famous for its role in the Allied invasion of World War II.  But what you may not know is that Saint- Lô, the capital of the Manche region, is also considered the Horse Capital of France, and it takes that title seriously.  It plays host to the world-famous  Normandy Horse Show each August – a chance to show off one of Europe’s most prestigious stud farms.

Normandy thrives on the bounty from land and sea, with apple production a key driver of the economy.  Everywhere you look, you’re greeted by the sprawling apple orchards that dominate the landscape in this rather chilly part of the country.  As you’d expect, apples take pride of place in the cuisine and on the tables here.  And hard cider (cidrein French) is as ubiquitous in the cafés here as draft beer is in an American bar. 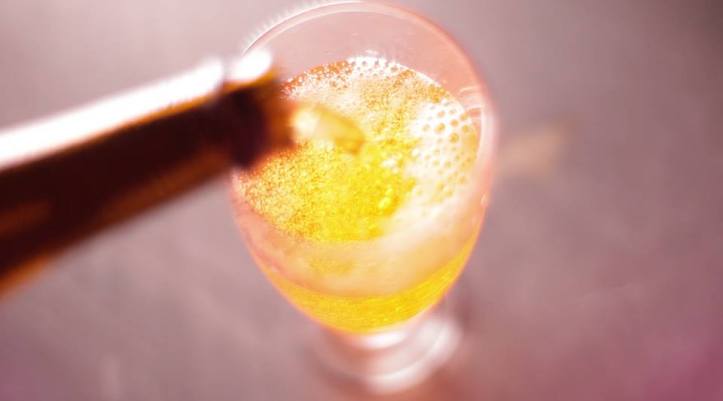 If you tend to prefer beer to wine, cidre will be to your liking.  It’s dry, crisp, and refreshing, and has an alcohol content closer to that of beer (approx. 5%) than wine (roughly 12%).  A great choice on a hot, summer day.

My TDF BTG Recommendation:  Ecusson Cidre (avg. price around $8/bottle) or any other dry cidre that interests you.

Now, what to serve alongside that cider?  How about a beautiful Scallop and Artichoke Cream Soup?

Melt butter over medium-low heat.  Add the shallot and mushroom and cook until softened, about 3 minutes.

Remove from heat, and strain liquid into a separate bowl to remove any grit.  Wipe out the pan.

Add Calvados to the scallops and set aside.

Add stock and cooking liquid back into clean pan, and bring to a boil.

Allow to reduce for about 20 minutes or until 1/2 cup of liquid remains.

Stir in the cream and simmer for another minute or two, until thickened.  Add back the scallop mixture, adjust seasoning, and serve.

Voilà!  Just close your eyes and pretend you’re on the northern coast of France, cheering the peloton.  Now, about today’s race . . . .

Winds, narrow roads, a chance for rain – and crashes.  Sounds like Stage One all over again!  Perhaps, but now we will add several categorized climbs into the mix.  Sunday’s 182 km ride meanders northwest from Saint-Lô, along the coast to the Hague.  Within the first 52 kms, there are three Cat 4 climbs.  So that should get the climbers warmed up for our first uphill finish of this year’s Tour.  That final ascent up the Cote de la Glacerie, will challenge the will of the peloton with gradients as high as 14%.

Who will win?  It’s a weird stage: neither a sprinter’s dream nor a chance for the climbers to escape the pack.  I think it will suit a jack-of-all-trades type of cyclist named Peter Sagan.  He was in the hunt at the end of Stage One, and definitely has the bike-handling skills to come out on top today.